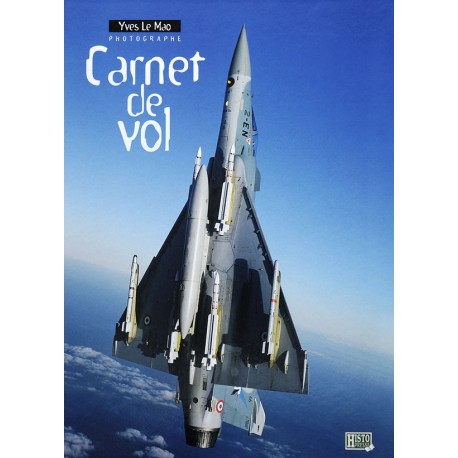 This album, which brings together amazing aerial views, will enchant all military aeronautics enthusiasts, "spotters" or model makers, but also the uninitiated.

A photographer in the Air Force, Yves Le Mao worked for eight years in Metz at the command of the Combat Air Force. of all his missions, armed with his camera in the back of different fighter planes, he has brought back an impressive number of shots, rare and superb: photographing a fighter plane in flight remains exceptional.

Most of the types of aircraft in service in the early 2000s in the Air Force are present, not to mention the Rafale, as well as a few foreign air force aircraft visiting our territory. Exceptionally decorated appliances for special events also decorate this work.

A chapter, in the form of a report, is devoted to The Red Flag exercise which, every year in the United States, allows French crews to demonstrate their know-how in flight operations.

Readers will share with the photographer, specialist and enthusiast, "a small piece of the history of our air force and will guess, through these few photos, the professionalism and enthusiasm of its staff".