> Used books>Churchill and the French
Promo! 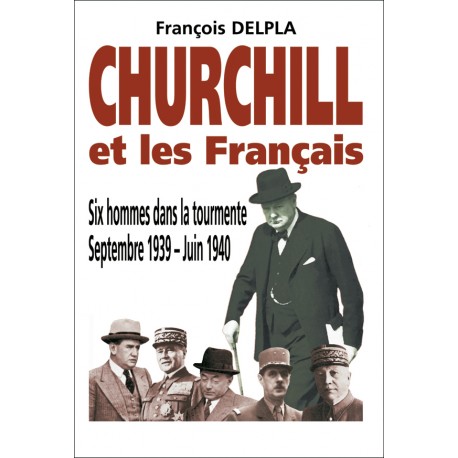 Churchill and the French

Winston Churchill's sometimes difficult relations with French leaders during the "funny war" and the Campaign of May-June 1940.

After the success of his biography of Hitler (the first in France) and his study on the appeal of June 18 (the first one), François Delpla proposes here a new version of an older work, which, for inessential reasons, had been quickly withdrawn from sale.
This book will fill a gap, not only in the bibliography of one of the most innovative historians on the Second World War, but simply in the knowledge of the relationship between Churchill and the French leaders in 1940, because no one had taken up the subject, even on the occasion of the sixtieth anniversary of the events.
We follow step by step the efforts of the Old Lion to make prevail on both sides of the Channel (and, when that is no longer enough, the Atlantic), a replica equal to the Hitler challenge. The portraits of Daladier, Reynaud, Gamelin, Weygand, come out largely renewed. And the main taboo, the persistence under Churchill's ministry of a powerful English armistice party, suffered a breach from which it is to be hoped that this time it will not recover.