> The 1st Armoured Division in battle 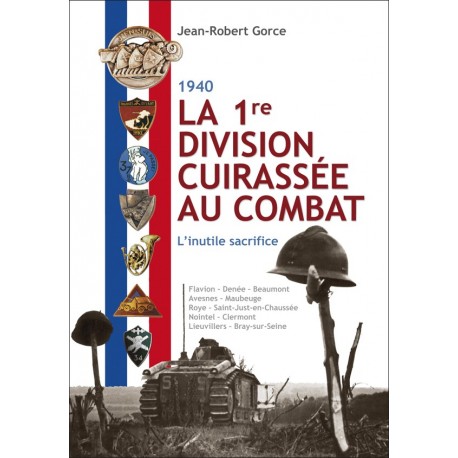 The 1st Armoured Division in battle

History of General Bruneau's 1st Armoured Division, from its creation in January 1940 to its dissolution in July 1940.

On January 16, 1940, after months of procrastination, the 1st Armored Division was created, and entrusted to General Christian Bruneau who, for a long time, had been convinced that the French army must be equipped with a real armoured force, powerful, autonomous and conceptualized.
With its two battalions of Renault B1bis heavy tanks, its two battalions of Hotchkiss H39 light tanks, its battalion of chasseurs porters and its all-terrain towed artillery regiment, the 1st DCr was then the most powerful unit of the French army.
Created late, it will not have time, despite the efforts of its leader, to train properly and will go into combat, on May 10, 1940, in difficult conditions. First put at the disposal of the First Army in the gap of Gembloux, it will change mission on May 14 to come and help the Ninth Army, sunk on the Meuse of Dinant.
Engaged on May 15, 1940, despite common sense and against the advice of its leader, General Bruneau, it will suffer the frontal impact of the 5. and 7. Panzer-Divisionen and will be almost annihilated on the heights north of the village of Flavion in Belgium.
At the beginning of June, the 1st DCr will be reconstituted and entrusted to General Welvert, with only three tank battalions, of which only one heavy. It is then only the shadow of the magnificent unity that it has been. If the bravery and self-sacrifice shown by its men, as in May, are undeniable, it could only sink inexorably, swept away by the rout of the entire French army.