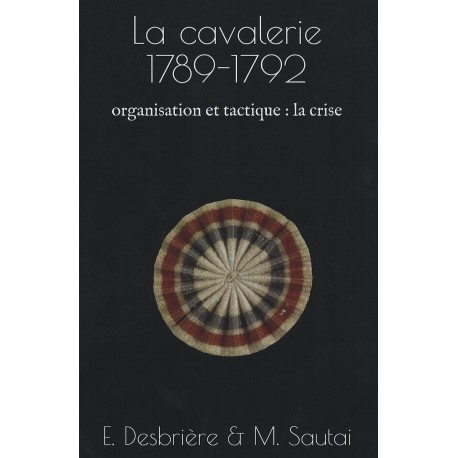 Organization and tactics of the cavalry under the revolution.

Careful reissue (with orders of battle of 1792) of a work published in 1907, the work of Commander Édouard Desbrière (1859-1924) and Captain Maurice Sautai (1868-1915), both then in office at the historical section of the army staff. It was part of a more general study initiated on the organization and tactics of the three weapons of the army: cavalry, infantry and artillery. This important work was intended to respond to the wishes of high military personalities and to instruct officers in the successive transformations of the organization and tactics of each weapon. It was a question of the French soldier, still marked by the defeat of 1870 and eager to find the way to victory, regain confidence in his leaders and in the doctrine of the General Staff... The need for the General Staff of the army to complete its work quickly, at the dawn of the First World War, had forced the authors of its historical section to present what they considered to be only a first attempt, intended to be perfected as history studies progressed. This work has not been completed, but should it be? Recognized military authors, Édouard Desbrière and Maurice Sautai bequeathed us this relevant and complete study on the French cavalry at the time of the Revolution, accompanied by a short presentation of his opponents of the moment who will lead a very hard life during the first battles of 1792.