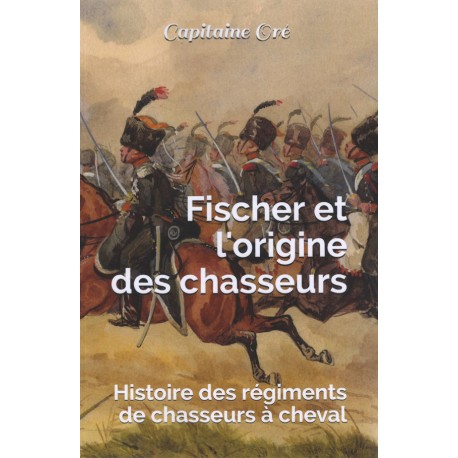 Fischer and the Origin of Hunters: History of Chasseurs à Cheval Regiments

Reissue of a history, taken separately from the cavalry review in 1911, annotated and updated until the First World War. At the end of the First Empire, the weapon of hunters on horseback is at its peak. In 1811, it had thirty regiments. Doing the service of the light cavalry, the hunters have the function of enlightening the army, of informing it. Capable of helping hands, they harass the enemy by platoons or fodder and most often charge by squadrons to complete his rout, but also, regiments formed in a pitched battle. Their role is then to exploit the breaking point generated by the combination of the lightning action of artillery and heavy cavalry. Captain Oré gives us here the history of the regiments of chasseurs à cheval in France, from the creation of Fischer's Corps franc and the regimental organization of the eighteenth century to the 31 regiments of the Revolution and the First Empire and the disappearance of the troops on horseback at the end of the First World War.